SABO recently presented details of a study into whether a UV-stabilized greenhouse film has any effect on the activity of pollinators such as honey-bees or bumble-bees.
More in details, the study carried out by the Developmental and Support Center for Agricultural Practices (CERSAA), in Italy, looked at whether benzotriazole UV absorbers have any inhibition effect on pollinator activity eventually leading to complete lack of pollination. Two films were tested: a UV-blocking formulation, also named UV-closed film, based on SABOSTAB® UV 216 – which uses HALS and benzotriazole type UV absorber (Film A); and a second one as ‘benchmark’, which used a combination of triazine UV absorber and HALS (Film B), also named UV-open film.

The first trial involved three types of tomato, and bumble-bees. Here, two out of three cultivars were not affected by the films’ UV screen while, one cultivar, had slightly slower fruits development under Film A, leading anyway to comparable productivity. 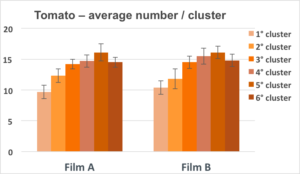 A second trial looked at the effect on melon production and the honey-bees. Here, there were no differences in productivity, and the UV-A open film (film B) seemed to slightly accelerate ripening time. 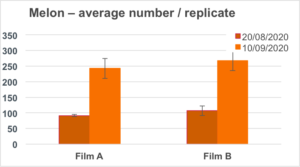 In the last trial, three types of tomato, and bumble-bees were tested in a late season (October till December) where the daylight irradiation is considerably lower; also in this case, differences between film A or film B weren’t significative.

In conclusion, the hypothesis of complete inhibition of pollinator activity, due to the high UV filtering effect in the greenhouses, was rejected in all cases, confirming that this family of additive systems, such as SABOSTAB® UV 216 is an excellent solution for greenhouse films light stabilization.

More likely reasons for a lack of pollination can be the severe use of agrochemicals or a delay in pollen maturation (due to cold temperatures) or damage to flowers due to high temperatures, rather than greenhouse cover’s stabilization packages, said the researchers.

Top Companies 2022: SABO among the 50 best companies in the pharmaceutical chemical sector